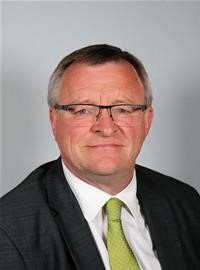 William has been Powys County Councillor for his home town of Talgarth since 2004 and served previously on BBNPA from 2004 – 2011.  He was Welsh Liberal Democrat Senedd Member for Mid & West Wales and Chair of the National Assembly Petitions Committee from 2011 – 2016, and subsequently served on the Welsh Government EU Advisory Group. He has been Board Member for Wales of Transport Focus, the statutory transport watchdog, since 2017 and also serves as a Trustee of PAVO and is a member of the Dyfed-Powys Police and Crime Panel.

An Oxford University graduate, qualified modern languages teacher, and partner in the family farm, William is strongly committed to a European & internationalist agenda. He believes that Wales needs to play its full part in global environmental and climate challenges. He is proud to have played a key role in Senedd scrutiny of the Wellbeing of Future Generations (Wales) Act 2015 and in the appointment of Future Generations Commissioner Sophie Howe.