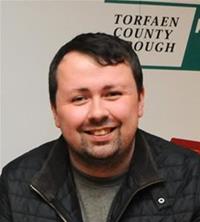 Liam represents the ward of Blaenavon on Torfaen Council and was elected in May 2022. He has served on Blaenavon Town Council since July 2019 and was mayor of Blaenavon from May 2021-May 2022. He doesn’t quite live in the National Park but lives near its boundary and is looking forward to being an active member of the Authority over the next year. In his spare time he enjoys socialising with his friends and reading political autobiographies.