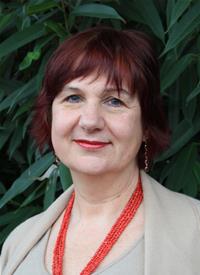 Appointments to outside bodies

Deborah is an (DEL experienced and) award-winning documentary film maker who has worked as producer/director, series producer, executive producer, and development head in television, radio and online. Working for the BBC she made films around Wales, the UK and the world, specialising in history and social justice. Deborah left the BBC, to make Bastards, a feature length documentary, in association with the Film Agency for Wales (Ffilm Cymru).  The film follows a Moroccan mother's courtroom fight for the future of her illegitimate child, and highlights the liberal legal reforms in this Muslim country. After a UK independent cinema run, and multiple screenings at international film festivals and television channels, it will soon be shown on BBC World in Arabic, Farsi and Russian versions.

Alongside her professional life, she has always made time for voluntary work in education and equality, and has strong strategic, managerial and governance skills. She is a Governor of the University of South Wales and Chair of the Moroccan Children’s Trust.

In the past she has been a school governor and chair of governors, raised funds for the Prince’s Trust, chaired a primary school breakfast and after school club committee, sat on union training committees, been Vice Chair of the Fawcett Society, a West London Maternity Committee, and many other committees. She currently lives in Cardiff and is MD of Deborah Perkin Media Ltd.