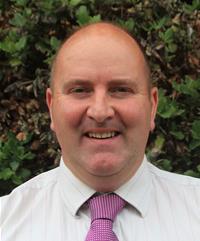 Cllr James worked for 14 years as CEO of the Welsh Black Cattle Society and worked previously with livestock breeding companies. He has a degree in Environmental Management and Conservation and has worked in a number of voluntary roles including a pre-school nursery, and has managed volunteers. He has also worked with Estyn and the Care Standards Inspectorate for Wales. Cllr James was elected to the Llangadog ward of Carmarthenshire County Council in May 2012 and subsequently appointed to the National Park Authority.  He is a school governor at Llangadog CP School and Ysgol Bro Dinefwr Secondary School,  a community councillor for Llangadog ward and Chairman of the newly established Llangadog Community Association.  He is also Chairman of Llangadog Eisteddfod Fundraising Committee, Eisteddfod Sir Gar 2014 and a trustee of the Oriel Gallery in Carmarthen.

He is an elected council member of the Black Welsh Mountain Sheep Association and a smallholder keeping and breeding poultry, sheep and donkeys as well as an advisor member for Carmarthen RWAS Committee.